Are Gay Marriages/Unions contracted abroad by Filipinos valid in the Philippines?

What is the validity of gay unions/marriages of Filipinos contracted abroad?
In general we adhere to the principle of Lex Loci Celebrationis where if a union/marriage is contracted outside of the Philippines in accordance with the laws of that foreign country it will likewise be valid here. How that that legal concept relate to Gay Unions between two Filipinos in a foreign country where such Gay Unions are expressly allowed and recognized by their laws?
What is this Lex Loci Celebrationis are you talking about? his is the legal principle from Art. 17 of the New Civil Code of the Philippines, which states:

"The forms and solemnities of contracts, wills, and other public instruments shall be governed by the laws of the country in which they are executed.
When the acts referred to are executed before the diplomatic or consular officials of the Republic of the Philippines in a foreign country, the solemnities established by Philippine laws shall be observed in their execution.
Prohibitive laws concerning persons, their acts or property, and those which have for their object public order, public policy and good customs shall not be rendered ineffective by laws or judgments promulgated, or by determinations or conventions agreed upon in a foreign country. (11a)"

The Lex Loci Celebrationis principle is even touched upon in Art. 26 of the Family Code, which states:

Where a marriage between a Filipino citizen and a foreigner is validly celebrated and a divorce is thereafter validly obtained abroad by the alien spouse capacitating him or her to remarry, the Filipino spouse shall have capacity to remarry under Philippine law."

Art. 26 of the Family Code mentions several other articles, but in all of those provisions where does it say that the union between persons of the same biological sex shall be void? Nowhere, right? The prohibition is actually on Art. 1 of the Family Code:

"Article 1. Marriage is a special contract of permanent union between a man and a woman entered into in accordance with law for the establishment of conjugal and family life. It is the foundation of the family and an inviolable social institution whose nature, consequences, and incidents are governed by law and not subject to stipulation, except that marriage settlements may fix the property relations during the marriage within the limits provided by this Code. (52a)"

Art. 1 specifically mentions that this union should only be between a man and a woman and not between persons of the same sex. And that the union should be for establishment of conjugal and family life. We understand what “conjugal” means, but what is family life under the context of the law? Family life has always been interpreted regarding the rearing of children. Anti Same Sex advocates will always use Art. 1 of the Family as a battle cry for the prohibition on same sex unions coupled with other religious overtones but I digress. In the Philippines, unless the law is changed or amended, there will never be a legally recognized same sex union.
Let's go back to our main topic, how about same sex unions between Filipinos contracted abroad and its validity in the Philippines?
Art. 15 of the New Civil Code of the Philippines states that

“Laws relating to family rights and duties, or to the status, condition and legal capacity of persons are binding upon citizens of the Philippines, even though living abroad. (9a)”

It makes specific mention that Filipinos are bound by Philippine Laws regarding family rights, specifically, and to a great degree, legal capacity to enter into marriage or union even if they are abroad.
So, if you and your partner are Filipinos and you get married in a foreign country where same-sex unions/marriages are valid and recognized, it will not be valid here because you are a Filipino and said union or marriage and your legal capacity to enter into such is determined by Philippine Law (see Sec. 1 of the Family Code).
These are basically the laws that make same sex marriages/unions invalid (not legally recognized) in the Philippines: Art. 15 of New Civil Code of the Philippines, in relation to Art. 1 of the Family Code of the Philippines set in the background of Art. 26 of the Family Code.
The question now is, if the gay spouses (who got married abroad) acquired properties and one of them dies, is the surviving gay spouse an heir to the estate of that gay deceased gay spouse?
The answer short answer is no and it gets complicated, but that will be discussed at a much later time.
civil unions equality gay marriage lgbtqi sogie

WHEN EMPLOYMENT STARTS: Upon acceptance of job offer or satisfactory compliance with requirements/conditions?

Juan dela Cruz was employed by Banko de Plata and found himself in search for greener pastures. He searched online and applied for a position at the Bank of the Metropolitan Islands. He passed the exams as well as the interview and was offered the position of Customer Service Officer-Payments and Cash Resolution. Just like any job offer, the document contained the terms and conditions for his employment, which he accepted on 8 June 2011. A letter confirming the offer stated certain terms and conditions, such that the "initial and on-going employment of the candidate is conditional on  Bank of the Metropolitan Islands being satisfied with background checks and reference verification. If unsatisfied, Bank of the Metropolitan Islands may choose not to commence employment already started and end employment immediately, with no liability to pay compensation." Juan dela Cruz, wishing to have a better job offer and salary, took certain liberties with the information he provided 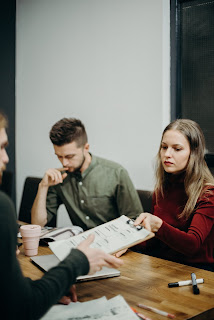 Clearance Requirements and the Legality of Withholding Salaries

Long has it been held by the Supreme Court in the Solid Mills, Inc.,   case  that that the institution of clearance procedures has legal bases: Requiring clearance before the release of last payments to the employee is a standard procedure among employers, whether public or private. Clearance procedures are instituted to ensure that the properties, real or personal, belonging to the employer but are in the possession of the separated employee, are returned to the employer before the employee’s departure. As a general rule, employers are prohibited from withholding wages from employees. The Labor Code provides: Art. 116. Withholding of wages and kickbacks prohibited. It shall be unlawful for any person, directly or indirectly, to withhold any amount from the wages of a worker or induce him to give up any part of his wages by force, stealth, intimidation, threat or by any other means whatsoever without the worker’s consent. The Labor Code also prohibits the elimination or di

Sure, marital infidelity is so popular on Philippine TV right now. There are too many shows and movies portraying how glamorous it is to be rich while being in an adulterous relationship or keeping a concubine (kabit) at home. Yes, glamorous! Have you seen any TV shows showing such relationships involving the poor? None. Because being poor and having kabit is not glamorous but the reality is, it is not just ugly, it is fugly straight to the core. But I digress. A question was asked, what is adultery? What is concubinage? Are these two the same or are they different?  In a way these two terms are the same in that it refers to marital infidelity. In the light of Philippine Laws (the Revised Penal Code for that matter) let's take a look at the similarities and differences of these two crimes. Art. 333. Who are guilty of adultery - Adultery is committed by any married woman who shall have sexual intercourse with a man not her husband and by the man who has carnal knowledge